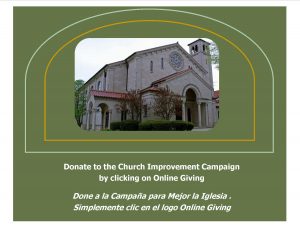 February 26, we celebrate Ash Wednesday, marking the beginning of the Lenten Season. Take inspiration for your Lenten journey from prayer and the reading of Scripture, from fasting from giving alms.

Prayer – Lent is essentially an act of prayer spread out over 40 day. As we pray, we are brought closer to Christ and are changed by the encounter with Him.

Fasting – The fasting that we all do together on Fridays is but a sign of the daily Lenten discipline of individuals and households: fasting from certain foods, but also fasting from other things and activities.

Almsgiving – The giving of alms is an effort to share this world equally-not only through the distribution of money, but through the sharing of our time and talents. ~Daily reflections for Lent can be found at www.usccb.org/lent~

“For the creation waits with eager longing
for the revealing of the children of God” (Rm 8: 19)

“When the love of Christ transfigures the lives of the saints in spirit, body and soul, they give praise to God. Through prayer, contemplation and art, they also include other creatures in that praise, as we see admirably expressed in the “Canticle of the Creatures” by Saint Francis of Assisi (cf. Laudato Si’, 87).​”
–Lenten Message of Pope Francis

OBITUARY FOR FATHER EDWARD GILLESPIE
Reverend Edward F. Gillespie died Dec. 9 in St. Charles, Illinois. Father was born on April 1, 1931, in Chicago to Edward Gillespie and Mary Agnes O’Byrne Gillespie.
Father Gillespie attended St. Mary Seminary in Baltimore, Md., where he received two bachelor’s degrees, a Bachelor of Arts and Sacred theology. He later attended Loyola University in Chicago, where he received a Master’s degree in Education in 1964. Father Gillespie was ordained by Bishop Loras T. Thomas Lane at St. James Pro-Cathedral in Rockford on May 25, 1957.

Mass of Christian Burial will be on Tuesday, December 17, 2019, at 11:30 a.m. at St. Joan of Arc Parish, 820 Division Str., Lisle. Visitation will take place at the church from 9:30 a.m. until the time for the Funeral Mass at 11:30 a.m. Burial will take place at All Saints Cemetery, Des Plaines. Arrangements are being made by Adams Winterfield & Sullivan Funeral Home, Downers Grove.
Memorials can be made in his name to the Diocese of Rockford Long Term Care for Priests Fund.

CHILDREN LITURGY OF THE WORD

Where: St. Francis Center  (children will be called during Mass)

On Sundays, during the 10 am Mass (English) &  1 pm Mass (Spanish), children between the ages of  4 to 8 can enjoy a young person’s version of what we do as adults. The priest will invite the kids to meet the volunteer  at the  front of the sanctuary, who will lead them to St. Francis Center. They will facilitate the Liturgy of the Word for the students, and then everyone will return to enjoy the rest of Mass with their families.

We are looking forward to seeing you on Sunday! Interested in being a volunteer? Please contact Sister Joan at 630-851-0206 for more information.

Our Lady of Good Counsel

She is pictured receiving her award by Bishop David Malloy

courtesy photo provided by The Observer

Are you an adult who would like to know more about the Catholic faith?

Do you need to receive the sacraments of Baptism, Confirmation, and Eucharist?

The English class meets on Sundays at 11:15 AM in the basement of the parish center

(side entrance of the convent building behind the church). Please stop by if you’re interested.

A Spanish class can also be made available if you prefer.

This donation goes towards our Church Improvement. 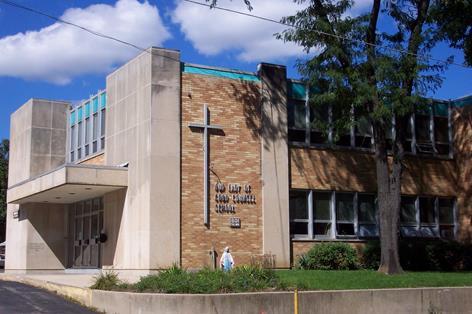 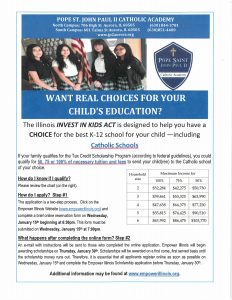 What our student’s are saying about our school,

“I love Pope St. John Paul II Catholic Academy because recess is so much fun. I just relax my head and play. Then I go to my next class and can learn more.” -3rd Grader, South Campus 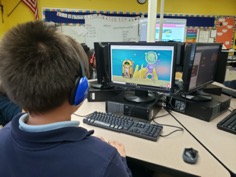 Our Tynker coding program was purchased by our Home and School Association. If you would like to join Home and School our next meeting is Monday, December 9th, 6:30p.m. at the South Campus. Come and join us, all are welcome.

We offer full or half day PreK3 and PreK4, full day Kindergarten, and Grades 1 – 8.  We look forward to meeting you soon.

What our student’s are saying about our school,

Monday: 8 a.m. Liturgy of the Word with Communion Service

Wednesday: 8:20 AM School Mass in Church
(When school is in session) 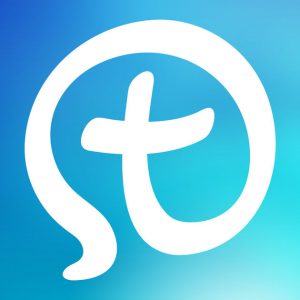 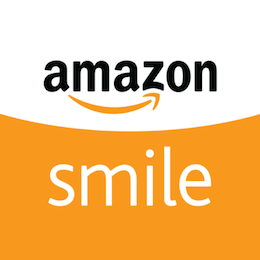